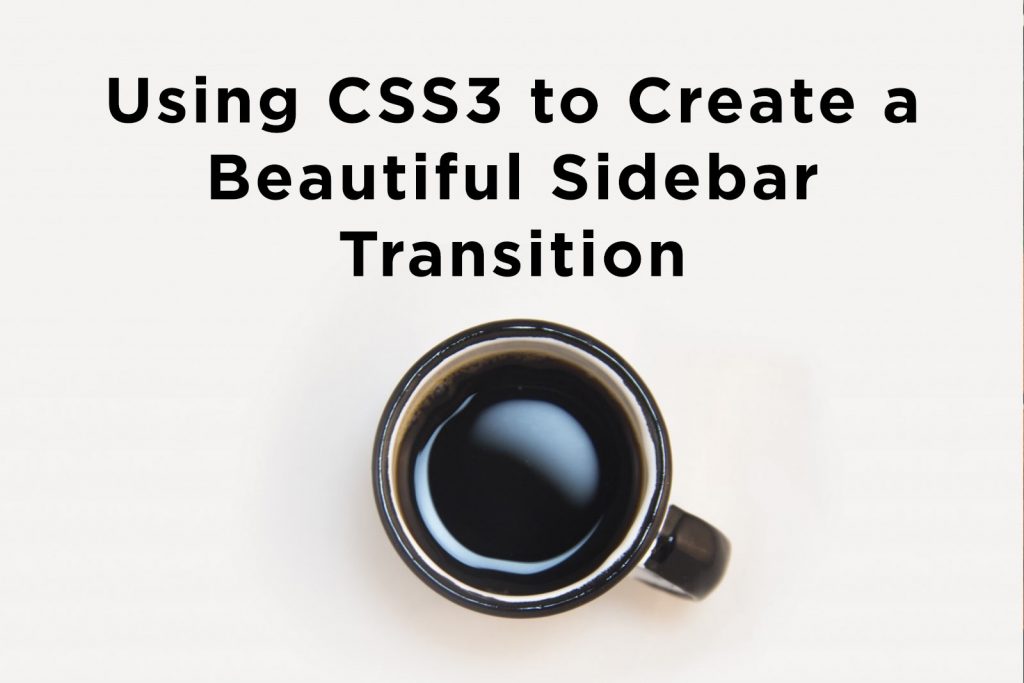 Last week I was casually browsing through Tumblr and came across a design with an awesome sidebar effect. I took a look at the coding, as you do, and was delighted that it was done entirely through CSS3.

Now in normal everyday business I don’t get tons of opportunities to use effects like these, but this was just so cool I decided to make up a jsFiddle to try it out.

Here’s what we’ll be creating:

Want to check out the inspiration? destielhasdestroyedme.tumblr.com

First, I had to figure out the basic setup of the Div. It was set with a FIXED position with a set WIDTH, a BACKGROUND IMAGE, and BORDERS. I named the Div “background”. I hadn’t used the CSS3 TRANSFORM property, but it’s fairly easy. I just used the effect they used on the original (rotating 5 degrees).

They also definitely used the TRANSITION property to create the hover effect, so I added that in.

So the full CSS for the Background Div:

Note the image I used was from KaliLaine Photography, who sells that gorgeous coffee image as a photography print on Etsy.

The basic hover effect wasn’t difficult at all to achieve, now that we’ve got it all set up. Upon hovering over the Background Div, the WIDTH was set to 60%. I also changed the LEFT property to -10% so that it would move the entire Div left.

Instead of doing #background #sidebar:hover, reference it this way: #background:hover #sidebar.

A Little Bit of Math

Finally, in case you’re wondering how I used percentages but kept the widths the same, it just takes a little bit of math.

On the Sidebar, I started it with a width of 5%. But as the parent Div increases, from 30% to 60%, that 5% is also going to increase pixel-wise. So, to keep the same pixel width, in Line 28 in the CSS (jsFiddle), the width decreases to 2.5%. The parent Div increased x2, so to keep the same width of the Sidebar, we’ll need to divide the width by 2. That’s it!

I was actually really surprised that this effect was so easy to replicate. It took me maybe 15 minutes to completely create the jsFiddle. A couple of years ago you would have had to create this using jQuery, or, a few years earlier, create it in Flash (yikes!). CSS has come a long way. Now, maybe, we can get around to making those HTML Select fields editable by CSS too.

Ah, well, a girl can dream.